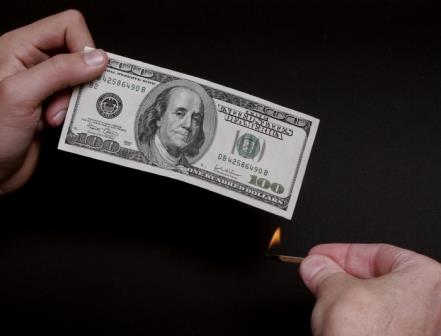 Do you constantly check your bank statements and wonder where all your money went? A dollar here and a dollar there quickly accumulates, and as any financier worth their salt will tell you, it’s the little things that often end up costing you the most. Just take these five everyday items people are constantly wasting their money on–chances are you’ve done each at least once.

On more than one occasion financial self-help guru Dave Ramsey has referred to state-run lotteries as a form of government oppression, and you know what? He’s not wrong. The odds of winning the jackpot are somewhere around 1 in 259 million, yet the government entices players by giving the impression that winning IS possible–you just need to buy more and more tickets. I wish this was true, but trust me; it’s not. In fact, you’re more likely to get eaten by a shark or struck by lightning before you ever come close to seeing a winning ticket. It’s a pipe dream, and it’s one that far too many Americans buy into.

It’s estimated that lower-income households spend an average of $645 a year just on lotto tickets! With a national average of $15,000 in credit card debt, that’s nearly 5 percent of your total debt. Next time you’re thinking about buying into the hype surrounding the newest jackpot, don’t. Save your money for more important bills instead.

2. Paying a Monthly Fee for Memberships You Never Use

According to Statistic Brain, the average gym membership costs $55, yet a whopping 67 percent of people who have a gym membership never use it. Are you among this number? Be honest!

Unused memberships are one of the easiest ways to waste your money. If you’re still paying $50 plus a month because you keep meaning to go to the gym “next week”, give it up. That’s over $650 a year you could be saving by doing absolutely nothing different.

Let me make this as crystal clear as possible: Don’t buy bottled water. Ever. A 2009 report found that 50 percent of all bottled water was nothing more than tap water. Consumers spend up to 300 times more on bottled water, yet, in actuality, bottled water is little more than plain ol’ tap water disguised as something more by clever marketing.

The bottled water market is a $12 billion plus industry. They don’t need your money, and you don’t need to waste it on something that’s a pauper in prince’s clothing. Instead, buy a water purifier for your home and invest in your own eco-friendly water bottle as an alternative.

Want another reason not to buy bottled water? Most water bottles produced
today are made of plastic. Although the plastic itself is recyclable, the bottles are often wrapped in dangerous materials that are threatening to sea life once disposed. Many bottled water companies don’t even provide any additional treatment to the water they offer, making the investment a waste for both you and the environment.

Ever wondered how brand-name foods and generic foods are different? They aren’t. In fact, in many instances the only difference is the price you pay.

Also read: Everyday Things You’re Spending Too Much On

Generic foods cost around 25-30 percent less than name brands, yet most include the exact same ingredients. By putting those Cheerios back and picking up that generic cereal instead, you could be shopping better for less.

5. Using Mail-In Rebates and Other Offers to Justify Your Purchases

Mail-in rebates seem like a great deal, right? You buy something at its regular price and then mail in the “special offer” to get your discount. Rebates are great. But actually they aren’t.

It’s estimated between 40-60 percent of rebates never get redeemed. Is it because we’re lazy? Probably, but there’s more: Companies purposely make the redemption process complicated and drawn-out in an effort to discourage you—the consumer—from actually taking the time (and effort) to claim your hard-earned money.

Rebates are often more trouble than they’re worth, and if you’re on the fence about a particular purchase, don’t let the rebate offer sway you.

What everyday items do you keep buying but never use? Don’t be shy. Let us know in the comments section below. 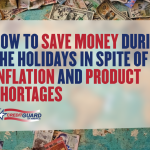