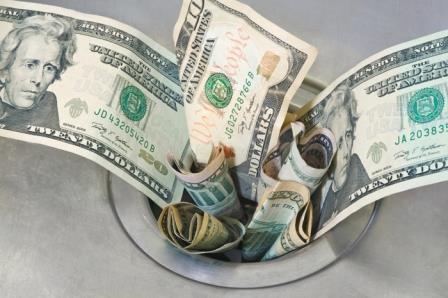 In a society where consumption is king, it’s easy to get caught up in the habit of paying a lot for a little. However, some things—which we’ll dive into below—simply aren’t worth paying extra for. In simpler terms, they’re a complete waste of money.

In an effort to help you shop a little better and save a little more, let’s take a look at five everyday things you’re probably spending too much on.

Bottled water in the U.S. is a $12 billion industry. What’s more, a study conducted by the University of Michigan found that consumers are spending 300 times as much on bottled water as they are on tap water! Who would’ve thought charging $2.50 for a glorified bottle of water would be so lucrative?

So, maybe you’ve read all the stats around how expensive bottled water is but you still choose to pay more for it because you believe it’s better quality than tap water. Well, that’s not necessarily true. A Natural Resources Defense Council study found that around one fourth of bottled water is nothing more than bottled tap water, and in some instances up to 40 percent contained excessive amounts of tap water!

Have we driven the nail home yet? The next time you’re thinking about spending $2.50 for a bottle of water, don’t. Buy a filter for your sink instead.

How many times have you found yourself in the middle of a grocery store aisle debating whether or not it’s worth paying $2 extra for a name-brand product or paying less on the store-brand counterpart?

A Time report found that, on average, store-brand products cost 25 to 30 percent less than their name-brand equivalents. In addition, store-brand foods scored nearly the same in blind taste tests.

If you’re looking to cut your spending costs, making the jump from popular name-brand products to lesser-known store brands is a great way to start. You’ll save a lot of money and your taste buds won’t even know the difference.

According to a new report from the Labor Department, Americans spent a record $55.7 billion on their pets last year! Further findings suggest older Americans are the major contributors, and in most cases pet purchases actually mirror what owners spend on themselves. In other words, if you’re shelling out top dollar for more organic and better quality foods, you’re probably doing the same for your pet.

While food purchases were found to be the bulk of owner’s pet expenses—which, in this case, can’t (and shouldn’t) be avoided—excessive grooming costs, expensive leash and tag costs, and other needless expenses can definitely be cut from your budget.

Next time you’re thinking about spending $20 on a new cat toy, just think about that $55.7 billion industry—they don’t need any more of your money, and Fluffy won’t care whether his toy cost $2 or $20.

If you’ve ever bought an extended warranty, you know they aren’t cheap. But are they ever really worth it?

Though extended warranties are certainly well-intentioned, they’re often a needless expense—one which most people never even use. We’ll leave it to you to decide whether or not it’s worth it.

Are you spending more and more on your cell phones every month? A Business Insider report found that one in five people spend more money on their cell phone each month than they do on food! Crazy!

In 2001, the average cell phone bill was about $20 a month. Today, it’s about $60 a month, which adds up to a little over $700 a year. While having a cell phone is pretty much a requirement in the 21st century, paying exorbitant fees isn’t.

There are plenty of cell phone carries today that offer plans for $20 or under a month. A few lesser-known examples include:

The next time you’re reaching into your pocket for enough change to pay for that bottle of water, justifying whether or not you want to drop $4 on that box of Lucky Charms, debating if it’s worth paying double for premium Catnip, contemplating on paying an extra $50 for your computer’s two-year warranty, or on the phone with your cell phone provider because you can’t pay your $200 bill, remember: There are cheaper options available.