Finance Fridays: How to Be Smarter with Your Money

As part of an ongoing Friday series, we talked to financial experts around the web about saving money, smart spending, and retirement planning. 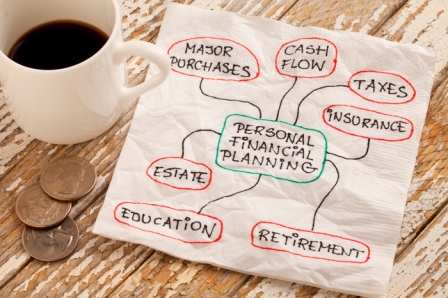 We recently had the pleasure of interviewing Carl Richards, certified financial planner and director of investment for the BAM ALLIANCE. In his latest book, The Behavior Gap: Simple Ways to Stop Doing Dumb Things with Money, Carl talks about the fickle financial market and the upside down relationship we have with money.

In his ongoing Sketch Guy series for the New York Times, Carl uses simple napkin drawings to show the connection between us and our money.

Carl’s ability to make complex concepts look simple through his various sketches and lectures has made him one of the most talked about and respected financial planners today.

Carl was gracious enough to let us pick his brain about finances, spending and saving.

Read the interview below:

CG: The majority of our readers are people who are looking to improve their spending habits and get out of debt. Since you have over 15 years of experience as a CERTIFIED FINANCIAL PLANNER™, what’s the single greatest piece of financial advice you can give?

Carl: Before any financial decision—before you pull that credit card out, before you buy that house, before you invest in your 401(k)—just pause. Stop and take a deep breath and ask yourself “Why are you doing this?” Pretend like you need to explain it to somebody, like, “This is why I’m about to do this.”

For instance, let’s say you’re about to buy a new bike. Why are you buying it?Make sure you’re making decisions on purpose. We often make spending (and investment) decisions based off of some emotion we have, or some mistaken idea that maybe it will make us happy. But by just pausing and asking yourself “Why?” you’ll often—and this isn’t some new-age magic, it’s actually neuroscience—if you’ll just pause and listen for a moment, you’ll make much better decisions, or at the very least you’ll make them on purpose.

Think less and listen more, and ask yourself why you’re making that particular purchase.

We’re so often in a hurry. Nobody would admit to buying something because they thought it would make them happy. No one would admit to that, but we often do it out of habit. No judgment, no shame, no blame – just stop for a minute. By pausing and asking yourself ‘Why?’ and maybe pretending like you need to explain your reasoning before your purchase, you’ll probably learn a few things. I don’t know what you’ll learn, but I know you’ll learn a few things.

CG: Think less and listen more. In a society where consumption is king, taking the time to actually consider a particular purchase is extremely important.

So where exactly did the term ‘The Behavior Gap’ come from?

So I kept trying to do that and I had the same experience that most people had, which is that by the time they would identify the ‘best’ investment, and they would put their money into it, it would become the ‘not-so-best’ investment.

As you can probably tell, [the whole process] is a bit hard to describe, so I would try and draw it on the whiteboard, and that’s where that first image came from. I drew a bar chart and on the left it had a bar that was tall and said ‘average investment,’ and on the right it had a bar that was lower and said the ‘average investor.’ In the gap between the two I wrote ‘The Behavior Gap’ because the only reason I could only think of why people so dramatically under-perform the average investment is because they behave poorly.

CG: Since you’re an active blogger, how do you feel social media’s changed the landscape of the finance community?

Carl: It’s certainly gotten much noisier. I wish I could say it’s helped—there’s definitely a lot of information out there—but I think it’s actually made it worse.

While there is a lot of really good information to be found, finding it is harder. Separating the signal from the noise is becoming far more difficult. It’s changed the financial community dramatically, and I think it’s mainly changed it for the worse.

Having said that, my whole career is built off the idea that I can share stuff quickly and easily, so I’m excited, and I hope I’m one of the clearer signals among all the noise. But it’s sure hard for people to find it.

So yes, social media’s certainly changed the financial landscape. There’s never been more information about how to be a good investor, yet people seem to be more confused than they’ve ever been.

With that said, the real question is has it done any real good?

CG: Outside of the amazing resources you’ve produced, who do YOU look to for financial advice?

Carl: The places I turn to for financial advice are the classics. Believe it or not, I just re-read the Tao of Pooh again and the Te of Piglet. A lot of that mindfulness research, some of it would be borderline Buddhism-sort of stuff, is really just grounded in ancient wisdom that’s just really, really smart, and I think that can be as valuable as anything we’re learning about these days.

In addition to being a regular keynote speaker and having his work featured on sites like Forbes and Marketplace Money, Carl is actively updating his website, BehaviorGap.com. His monthly newsletter is a one-stop shop for various financial resources, exclusive offers and helpful investment tips.

Be sure to check back next week when Carl shows us how to find the right financial planner, warning signs you should be aware of, and other helpful expert financial tips.

Finance Fridays: How to Start Saving for Retirement

What NASCAR Can Teach Us About Smart Budgeting