Why Credit Scores May Differ Between Generations

Recent studies show that credit scores differ wildly not just among different income brackets or education levels, but from generation to generation as well. The information gleaned from these surveys has shone a new light on the subject of maintaining good credit, and it has encouraged financial experts to take a closer look at the correlation between age and debt. 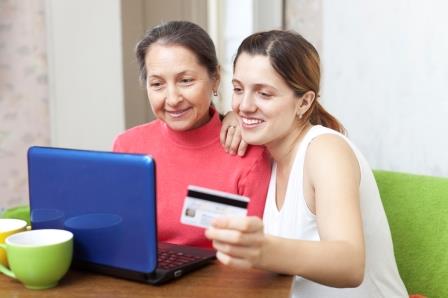 Breaking Down the Numbers

The correlation between age and average credit score is obvious. But while age in itself is not a reported factor in how the credit bureaus tabulate their scores, it seems maturity has a big impact on how financially responsible someone is. Because the Greatest Generation has the highest credit score, and because Baby Boomers have the second highest, it shows that age and financial maturity go hand in hand.

However, age alone isn’t the only reason why credit scores vary between different generations. It’s important to note that Millennials face some unique problems that earlier generations didn’t. Many of their credit woes come from student loans and ever-rising interest rates. With the cost of education skyrocketing in the last twenty years, many students are saddled with impossibly large credit loads even before they earn their diploma.

It’s also worth noting that credit cards didn’t become a pervasive American form of payment until the late 1960s. While Generation X and the Millennials grew up in a world dominated by credit cards, the previous generations remember a time when they didn’t exist. This could easily contribute to the more careless approach younger people take toward credit cards.

People often look at surveys like this and use them as an excuse to criticize, but a more productive approach is to realize that every generation is a product of their circumstances. By studying the differences in how each generation treats their credit, we may be able to learn lessons the next generation can benefit from. Improving the average credit score helps not only each individual, it helps the economy as a whole as well.

Want more information on how to effectively manage your credit? If you are looking for ways to tackle your credit card debt, our counselors are always on hand. Contact CreditGUARD of America today for a free credit consultation.

The Benefits of Credit Counseling

5 Articles to Help You Eliminate Debt

4 Ways to Help Build Your Credit