Why You Should Never Settle for Debt Settlement 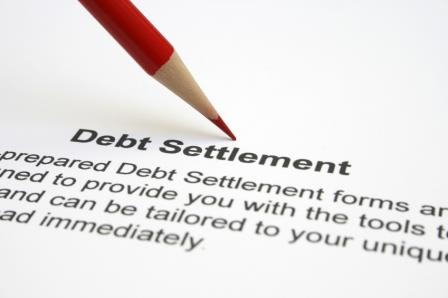 Ever wondered if debt settlement may be right for you? Debt settlement is the process of lowering your debt by negotiating with your creditors to reduce your outstanding balance. It’s a risky option, and it’s one we don’t condone. Because most debt settlement companies are for-profit agencies or law firms, they rope you in with empty promises and unfulfilled guarantees. Even worse, debt settlement companies usually require you to stop paying your bills for a few months in an effort to make your creditors greedy about receiving at least some repayments, instead of no payments at all. While this premise may sound good on paper, it’s an often shady practice that is both extremely dangerous and can have a dramatic effect on your credit score. It can also leave you in more debt than before you started.

Financial experts the world over have been voicing their contempt toward debt settlement, which is why it’s so important that you know the truth.

There are a lot of articles that further our point on the cons of debt settlement. Here are a few we found particularly compelling.

1. Why Debt Settlement Does More Harm Than Good

“Consumer advocates warn that a majority of the companies can’t or won’t deliver on their promises to reduce your debt. The National Foundation for Credit Counseling recently explained that, ‘A settlement company may suggest that you stop paying your creditors and instead begin making deposits into a special third-party account. The settlement company will attempt to negotiate a settlement offer with your creditor once enough money relative to the debt is on deposit. This may take six months or more, although the exact length of time will vary with circumstances. During this time, the balance on your debt can continue to grow if interest and various penalty fees continue to be charged by your creditor. As a result, you may owe more than when you started and your credit may suffer.’

“Even worse, there have been many instances where none of this money ever makes it to creditors — the companies simply steal it. Plus, a growing number of credit card companies refuse to work with debt settlement groups. Of course, a group probably won’t tell you that until after you’ve paid them.”

–Because most debt settlement agencies are looking to make an easy dollar, their elaborate claims and bogus offers often seem too good to be true, and unfortunately, they often are.

“Settling with a creditor’s not unlike burning a bridge. Some creditors will never do business with you again if you 1) settle a debt owed to them or 2) discharge a debt owed to them via a bankruptcy. And while the future prospects of not being able to do business with a handful of lenders probably isn’t terribly important to you, it should at least be considered. What happens if you work for a company that tries to get you a business credit card from one of the spurned lenders? That’s going to be an embarrassing conversation to have with your boss.”

–Not only can debt settlement hurt you immediately due to the fact that you’ve been instructed to stop paying your bills, it can also have a lasting effect on your credit score, which is just another reason why it’s never a good idea.

3. What to Consider When Considering Debt Settlement

“Most creditors are not going to be willing to settle for less than the total balance due unless that account is more than 90 days past due. Don’t expect your creditors to simply sit back and allow you to stop paying without comment. You should be prepared for many attempts to contact you regarding payment. The more time that passes, the more aggressive you can expect the collection attempts to become. Creditors do not settle quietly. They have armies of collectors, lawyers and bad-debt buyers who believe they are better at making you pay than you are at convincing them to take less than you owe.

“But wait, as the great infomercial guys say, there’s more. Settling will not only ruin your credit, but it may increase your insurance rates, possibly keep you from getting a promotion at work or a new job if laid off and, generally, complicate your accessing credit for a car, home or apartment for several years to come. Phew! And that’s just the obvious fallout!”

–Most debt settlement companies are for-profit agencies or law firms, while most credit management organizations, like CreditGuard, are non-profit. We never advocate debt settlement. Instead, our credit counselors take a much less risky (but much more effective) debt management approach to helping you get out of debt.

For more information on our services, contact us online or call CreditGuard of America at 800-500-6489.

The (Real) Truth About Debt Management

An Open Letter To Dave Ramsey About Debt Management