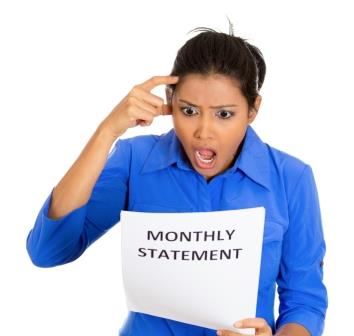 Are you tired of living paycheck to paycheck? It’s an existence that can make even the softest people hard. Maybe you’re content with simply trudging by each month, but I doubt it. Over 48 percent of Americans today owe more than they earn, and with a collective consumer debt of over $11 trillion, the number of people who are having trouble making ends meet is increasing.

I hate to burst your bubble, but you’re not going to win the lottery (see here for further proof.). And despite what some major motion pictures may tell you, you’re also not going to suddenly inherit a small fortune from some long-lost relative you never even knew existed. And while I’m at it, I should also tell you how you’re not going to stumble upon a random checkered briefcase filled to the brim with wads and wads of hundred dollar bills.

These whimsical fantasies are great to think about, but rarely do they ever happen. Instead of sitting on your hands waiting for a miracle to happen, it’s time you come to terms with your dead-end debt.

The Unfortunate Truth about Credit

The unfortunate thing about credit is that it takes credit to build credit. That’s why so many people who start using credit cards do so with the honest intention of building their credit. I remember my first credit card—nothing special, just a basic department store-issued credit card with a $1,000 limit that I was to use “only for small purchases that I would immediately pay off,” or so my mother said.

However, those “little” purchases became more and more frequent and before I knew it I had gone so far past my limit that I was forced to beg my mother for help. “This won’t happen again,” she said, and you know what? She was right.

While it’s easy to fall in debt, finding a way out is much more difficult. Unfortunately, living with an enormous amount of debt is fast becoming the norm, and with every younger generation it’s as if they’re coming into adulthood with thousands of dollars of debt in tow.

The average cost of a four-year degree at a private university is now $45,000! And it’s been estimated that the average college grad takes out around $28,000 in loans, with some leaving school with upwards of a $100,000 in debt. Talk about starting off on the wrong foot…

Too Many Credit Cards, Too Much Debt

Credit card debt is the third largest debt in the U.S., under mortgages and student loans, respectfully. The average consumer owns four credit cards, and about 10 percent of Americans own more than 10. Who needs that many? Seriously? It’s hard enough keeping up with one credit card, let alone a handful.

I get it. Credit cards are an easy fix. The offers are everywhere, and applying for a new card once your current one is maxed out is sometimes too convenient to pass up. I mean, it’s free money, right? Not really.

One of the worst things you can ever do with your finances is open up a new credit card when you’re having trouble paying off the ones you already have. Unfortunately, I’ve seen way too many people use one card to pay off another, and then another, until they’re so far in debt they have no idea which bill corresponds to which card. Sound familiar? It’s a viscous cycle, and it’s one that is bound to catch up with you.

Since credit card companies make money on your late payments, they catch your attention with a great offer of a super low introductory rate, which then increases after the introductory time period. If you haven’t paid the debt, you’re hooked and deeper in debt.

Did you know most credit card interest rates today range between 10 and 30 percent? It’d be funny if it wasn’t so sad.

The way I see it, you have two options:

Seeing the Light at the End of a Tunnel

While it may not seem like it, it IS possible for you to become debt free without having to take out more and more loans in the process. (And no, I don’t mean filing for bankruptcy.) With our help you’ll be able to effectively pay off your various debts without ever having to worry about a missed payment or late fee ever again. Our debt consolidation service snowballs your various unsecured debts and wraps them up into one easy monthly payment. We work with your creditors to help lower your rates and waive both your late and over-the-limit fees. Debt consolidation works because you’re able to stay on top of your bills, and it helps your creditors because they know they’ll be receiving monthly payments, which will in turn put an end to all those harassing creditor calls.

We’re not offering a loan; just a tried-and-true way to help you get out of debt.

In addition to our consolidation services, we also offer credit counseling and other money management tips so that you not only become debt free, you stay debt free. And with our help, most people are able to pay off their debt within four to five years.

It’s time you take charge and work toward paying off your debt today.

For more information on our non-profit services, give us a call.

The (Real) Truth About Debt Management

An Open Letter To Dave Ramsey About Debt Management

Why You Should Never Settle for Debt Settlement