How Much Have You Spent on Coffee in Your Lifetime? 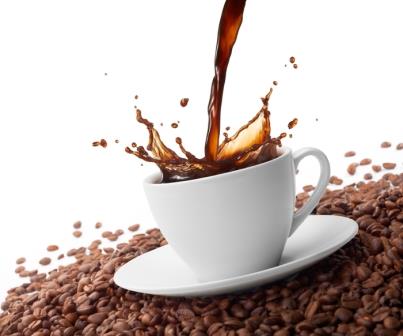 If you’re anything like us, then you like drinking coffee. A lot! It’s estimated that the average coffee drinker consumes three cups a day. And with coffee prices at over $2 a cup, that can be costly.

Now, we’re not saying you should or shouldn’t drink coffee (actually, studies show that coffee may in fact have a number of benefits); we’re just saying that it might be more beneficial to try and keep your coffee-spending habits to a minimum.

As if paying an arm and a leg for a cup of Joe wasn’t enough, what about the costs of buying your lunch every day? The average 9-5er spends almost $40 a week just on buying lunch. So when you add that large amount to your already extraneous coffee bill, that tallies up to nearly $60 a week spent on one meal and one drink a day alone!

Instead of paying high prices for your morning/afternoon/mid-day/late afternoon/early evening snack and caffeine fix, here are a few cost-cutting alternatives:

Going Out vs. Staying In

In a recent editorial for the Huffington Post, author Jillian Berman compares the costs of eating out vs. packing a lunch. Berman added up the amount she spent on both buying her lunch every day for one week and packing a lunch the other. Her findings? Not surprisingly, she saved over twice as much when she packed her lunch than she did when she bought it. In fact, she only spent $19 buying sandwich ingredients at the grocery store, as opposed to spending about $50 buying store-bought lunches.

Curbing any habit can be difficult, but when it comes to anything involving food it can be nearly impossible. Therefore, start slow. Instead of buying your lunch every day, make a goal to eat out only once or twice a week. Plan your meals in advance, and buy the things you need in order to make a delish (and cheap) meal.

Note: In addition to the above suggestions, take a look at this financial calculator to see exactly how much YOU spend on coffee and eating out every week.

You can partially recycle the grounds you used to make one pot of coffee by just adding 50% new coffee to the old? Though it may not be the best way to make a cup, it’s certainly more economical.

Coffee grounds can also be used to fertilize your plants. Mix your used coffee grounds in your garden’s soil or throw it in the compost heap. The smell of coffee grounds also helps repel ants and other pests, so you save on both fertilizer and pesticides.